We’ve Seen It All.

Just a few of our amazing clients: 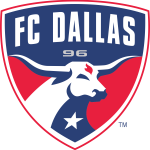